We are excited to announce these speakers for our Webinar “It’s All About Australia: The Beginning of Everything Part 1”………

Genetic Evidence for the Ancient Australian Origin of Homo sapiens

We are excited to announce Bruce R. Fenton as a speaker for our Webinar “It’s All About Australia: The Beginning of Everything Part 1”. 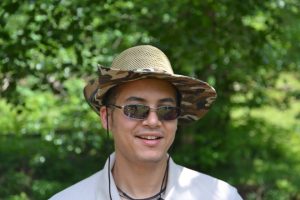 Bruce R. Fenton is the author of the “The Forgotten Exodus: The Into Africa Theory of Human Evolution”. He graduated from Anglia Ruskin University in 2002, having studied Information Systems. Bruce is a current member of both the Palaeoanthropology Society and the Scientific and Medical Network. Bruce has earned the respect of his peers and made a name for himself in the research fields of ancient mysteries. A world traveller and public speaker, his research activities have been featured in the UK’s Telegraph Newspaper and on the Science Channel.

Through discussion of two key scientific studies centred on European hominins we will come to understand why the age of the Homo sapiens species has been pushed back several hundred thousand years. We will then investigate the role that mitochondrial haplogroups have in the case against Out of Africa, and why they better support migrations of humans moving into Africa from Australasia. There will also be a quick look at the role Denisovan interbreeding plays in this lost history.

More information about Bruce can be found at:

Natural Law of the Original Peoples.

We are excited to announce Trevor Wie as a speaker for our Webinar “It’s All About Australia: The Beginning of Everything Part 1”. 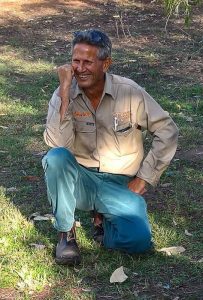 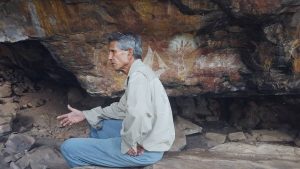 Trevor is an adoptee-lineal belonging to the Larakia and Gunwinggu Nations through his father’s adoption. He was given some Law as a teenager and has been involved in the tourism and well-being sectors interpreting the Original knowledge and value systems such that they can be more properly understood by the modernised societies. He is currently working on a series of children’s books which draw on the values and knowledge of the Original culture. His focus is on understanding the depth of meanings of the archetype symbols and the Original social psychology system, rectifying some of the distortions whilst revealing some very basic and simple truths that identify the values of connectedness within heart-centered, nature-based societies; and in particular of the Original Peoples.

Trevor presents on Natural Law, the natural governance system of ‘connection-to-all’ which underpins the highly effective harmonic Original social psychology system. Natural Law does not change, nor can it be high-jacked by ego. The Lore stories change, across the continent and across the globe, though the elements of Law held within the Lore do not change. Trevor does not tell the Original (Lore) stories themselves, though provides amazing insights into a very conscious-living society that followed Natural Law – utilising the full range of sense-abilities and very aware of the multidimensional reality of the nature of existence, immersed in the fields of conscious and physical energy, respectful to all and rejecting of quantative technology involving acquisition and ownership, all of which arise from the separative thought-form. Trevor’s role, as an interpreter, respectful of protocols, is to present the synchratic thought process to the diacratic mindset. An immersion, which you will not hear elsewhere. He is an advocate for introducing many of the mechanisms and strategies of the Original ancient value and knowledge systems and learnings into the modernised early childcare framework.

More information about Trevor can be found at:

We are excited to announce James Bartley as a speaker for our Webinar “It’s All About Australia: The Beginning of Everything Part 1”. 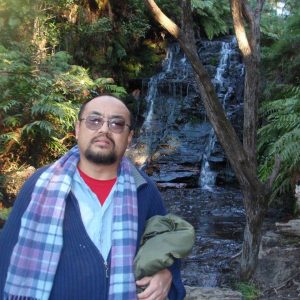 James Bartley is an Independent Historian with an emphasis on Military History, Intelligence and Counterintelligence. He has had a lifetime of ET Experiences and has made an in-depth investigation into the longstanding Military-ET Connection. James formerly worked in Communications for Naval Air Forces U.S. Pacific Fleet. James’ has his own podcast called The Cosmic Switchboard Show where he has interviewed the top researchers in a variety of fields. He also gives a weekly commentary about current events and topical issues.

James will be discussing the primary role Extraterrestrials (sometimes referred to as The Gods) play in the lives, culture and cosmology of traditional and ancient cultures.

More information about James can be found at:

We are excited to announce Xchelita Michelle Recchia as a speaker for our Webinar “It’s All About Australia: The Beginning of Everything Part 1”. 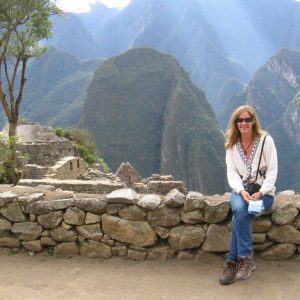 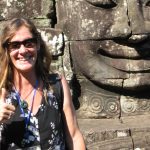 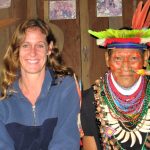 Michelle Recchia is a biologist from Canada, with an interest in natural medicine and sustainability. She spent 12 years studying and living with the Mayans in south eastern Mexico and Guatemala. During this time, she became involved with the mysteries of the ancient pyramids, and megalithic sites around the world. After seeing her first pyramid in 1993, she began studying anthropology, archaeology, and comparative theology. She now has more than 20 years’ experience in the field.

The Mayans affectionately called Michelle, Xchelita, which means Little Rainbow. She was eventually given the title of spokesperson and storyteller, a unanimous decision, by several tribes in Chiapas and Yucatan. This decision surprised her, as she had not requested this title. After much insistence, Michelle agreed, and has felt both honoured and burdened by the responsibility. Michelle is now sharing the ancient stories and teachings, as requested by the Mayan elders and shamans. These stories include humanity’s true history, and speak of an ancient advanced global civilisation that we once shared, and will share again.

Discover the true history of humanity, as taught by the ancient Mayan wisdom keepers. Explore the world of our ancestors, of angels and demons and aliens! Dive into a world of legends, and hard physical evidence!

More information about Michelle can be found at:

We are excited to announce Steven & Evan Strong as speakers for our Webinar “It’s All About Australia: The Beginning of Everything Part 1”. 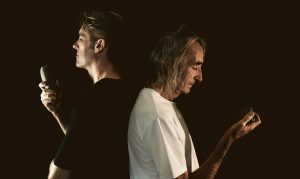 Steven Strong: is a secondary school teacher with a background in Archaeology and Education. He was involved in the formation of a Graduate Diploma of Aboriginal Education for the N.S.W. Department of Education, writing units on Traditional Law and Contemporary History. He also co-authored the highly successful “Aboriginal Australia: A Language and Cultural kit”.

Evan Strong: has a background in Anthropology & Indigenous Cultural Studies, Counselling & Mediation with Bachelor’s Degree in Social Sciences and Graduate Studies in Pyschology.

They have spent many years learning, living and/or working with the Bundjalung Language Confederation (Northern Rivers Region of New South Wales), Ramindjeri (South Australia) and Gumilaroi peoples (Northern New South Wales). They operate under the doctrine of Wirritjin (Black Fella, White Fella Dreaming): In remembrance of Karno W…., spokesperson for the Ramindjeri.

They are providing the big picture in tying this joint presentation into distinct themes. We will be presenting our selection of a few examples from each topic addressed by other speakers (Original Sky-Heroes, genetics and their relationship to American and other ancient civilisations) then spend some time focusing on what may be the most important archaeological site found on this planet, the Standing Stones Complex.

More information about Steven & Evan can be found at: