http://www.migration-diffusion.info/article.php?id=460 For Download of “Re-writing Australia’s history: The Egyptian connection”

By Steve and Evan Strong
The Kariong Glyphs site is the most argued over and controversial archaeological site in Australia. Decried as utterly bogus by authorities and sceptics, it is an archaeological ‘poison chalice.’ My colleagues and I have been denounced as “dumb and dumber,” “liars,” motivated by “money” while working in an “unscientific” manner driven by an unstated “agenda,” simply because we find fault in every explanation of a hoax and merit in the notion that some of the hieroglyphs were carved by ancient Egyptians…… 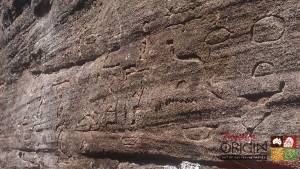 http://www.migration-diffusion.info/article.php?id=461 “Reading between the walls and lines: The ancient Australian-Egyptian connection – Part II”

By Steven and Evan Strong
In my previous article “Re-Writing Australia’s History: The Egyptian Connection” on this topic, my primary focus was to evaluate the credentials of some of the most popular hoax theories used to discredit the authenticity of ancient hieroglyphic engravings found on two sandstone walls near Kariong NSW, and establish the truth of an ancient Egyptian involvement with the Original people of the area.
But there is still one hurdle to overcome; when read in combination, the hieroglyphs don’t seem to make sense to today’s experts. Some of the glyphs aren’t recognizable, and others are not depicted exactly as they should be. Undeniably many characters are Proto-Egyptian, while quite a few are not. But the real problem here is not on the wall but within its observers. The critics are limited by their ethnocentric blinkers, and could never reverse their perceptual parameters to consider the possibility that some of these engravings were actually carved by Original hands….. 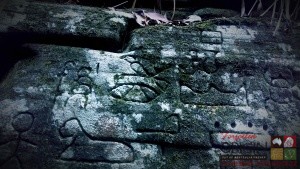 By Steven & Evan Strong
Earlier this month, led a group of colleagues to the hieroglyph site at Kariong NSW. I knew roughly how many people I had invited and what each person could contribute to the day’s expedition. But even so, it was a big group and a final count made it obvious the logistics of fitting the entire group in and around the two ‘glyph walls was going to be challenge.
Before setting off, we let the Spirits of the land know our intention; to seek the truth.
We filmed known sites, and continued searching for astronomical markers and whatever else was engraved onto the myriad of rock platforms in the area. The section of hieroglyphs we estimate to be 92% Proto-Egyptian script was already examined” so my main focus for this trip was the remaining panels of glyphs; in particular, the opening section which depicts what my colleagues and I suspect to be the creation of modern humans through genetic manipulation….. 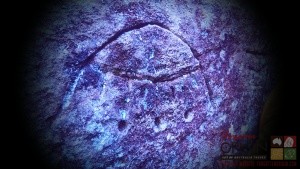 http://www.migration-diffusion.info/article.php?id=463 “The Bambara hieroglyphs, the language of the Na-Khi & the Dogon connection”

By Steven Strong, Laird Scranton & Evan Strong
The first time Evan and I ‘met’ Laird Scranton was on a Skype Radio Show called “USOKS Freedom Radio” hosted by Bob Newton. We were caught somewhat unawares by Laird ‘s praise of our work and quality of research, and we were soon called on to join the conversation. We quickly scanned through Lairds’ book “Sacred Symbols cf the Dogon“, and I was more than a touch annoyed that neither of us bad found the time to do so earlier – the similarities between the Dogon and Original people were so consistent.
As the links between Original and Dogon culture became increasingly apparent, we agreed to keep in contact – and in particular, focus upon the controversial 300 hieroglyphs at Bambara NSW (near Kariong). As a researcher of ancient cosmology and language, it was a valuable opportunity to leverage Laird’s expertise in this area. To that end, we sent across a series of photographs and diagrams of the ‘glyphs for Laird to study….”

Since first making contact with Laird Scranton, research er of ancient cosmology and language and former Colgate University lecturer, it has become obvious that my team’s previous interpretations of the Bambara ‘glyphs is now up for further discussion. Given the extensive consultation we have undergone over the past few years, we still hold fast to our overall take on the narrative these ancient symbols represent: an off-world intervention in the creation of humanity. However there are indications and interpretations within Laird ‘s linguistic research that are actually far more radical and far-reaching than even we dared to suggest interpretations we believe are deserving of further consideration.
In considering these factors, I am immediately reminded of what Ramindjeri Elder Karno Walker told us about the intricacies and alignments found within and upon the 185 standing stones at the rock arrangement chronicling the First Sacred Language: each symbol or shaping can have up to four meanings. And the same rules apply when examining the relationships between ancient Dogon and Egyptian hieroglyphs…..” 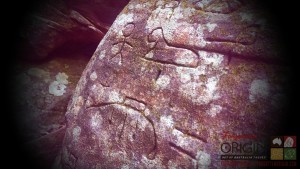